3 weeks have gone since I started the fat burning experiment. But I don’t consider this as an experiment anymore, but rather an attempt to change my life for the better. I have NEVER experienced the energy that I have now. I feel like I’m drugged constantly. I wake up, and my energy level is constantly high until it’s time to sleep around 10-11PM. No fluctuations whatsoever. Sounds ridiculous, but I feel I have super powers.

Isn’t the diet the same as Paleo?
A little side note. People are constantly mentioning Paleo when they hear about the experiment. Although I haven’t followed the diet 100% (more on this below), the diet is considerably different from a Paleo diet. Here are the biggest differences:

My first blood test
Now to the fun part. I received my keto test-strips yesterday, and did the first test on my blood ketone level (which correlates with your fat-burning efficiency). They basically say that, to be keto-adapted (efficient fat-burner), you have to have more than 0.5 millimolar of ketones in your blood. I deally, above 1 millimolar.

See this graph on where the optimal keto-zone is: 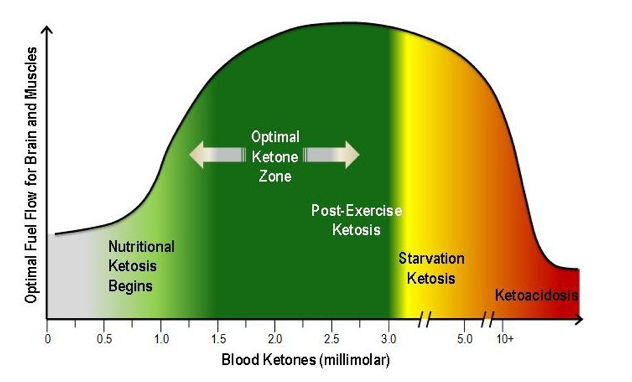 Here is a link to my first blood test: 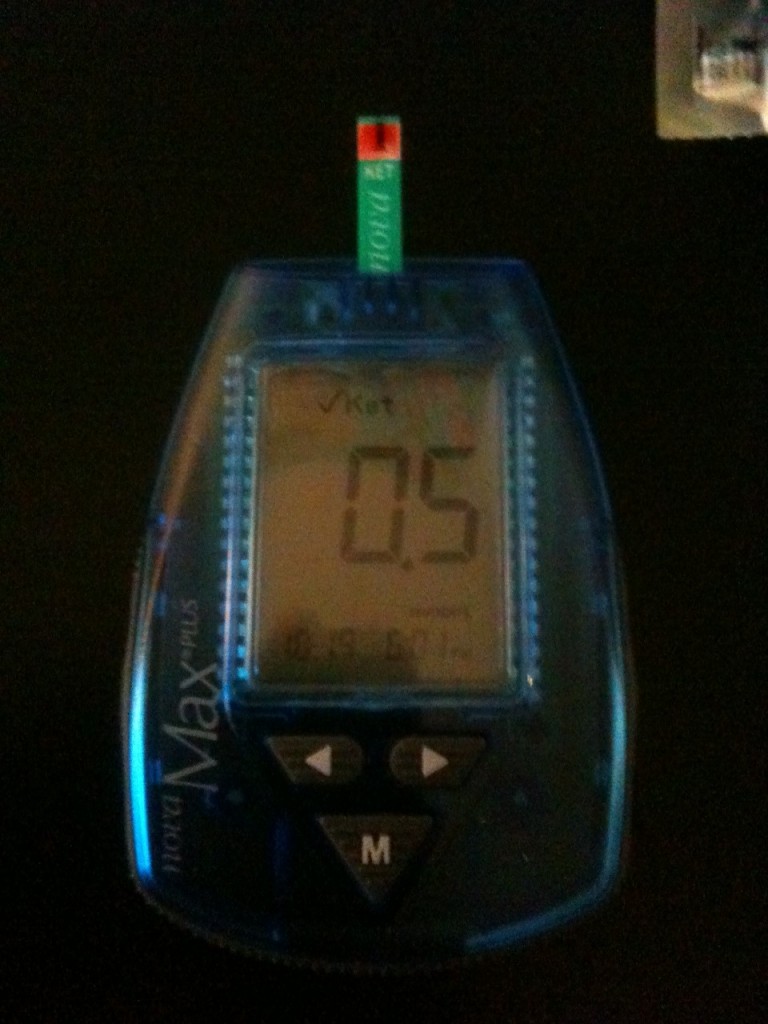 It shows 0.5, which is just in the beginning of the keto-adapted zone. An average person eating carb-rich diets will have a blood-ketone level of around 0.2-0.3, so this is definitely a good indication there has been progress. But admittedly, I hoped for a higher score 🙂 So I will continue with some improvements areas with a goal of 1 millimolar:

Looking forward the next blood test next week.

2 thoughts on “Becoming a fat-burner: part 3”